The Francesco's Way by bike is one of the most emotional way to visit the places related to the life of Saint Francis from Assisi. The way proposed by us is an itinerary that is going to start in the South of Tuscany and arrive to Assisi. The daily paths are not so long and they will go through villages, countrysides and hills, offering many charming landscapes.

This itinerary is perfect not only for pilgrims but also for who desires a unique and authentic experience, with many breaks to admire beautiful places rich of history, art or simply curiosities. 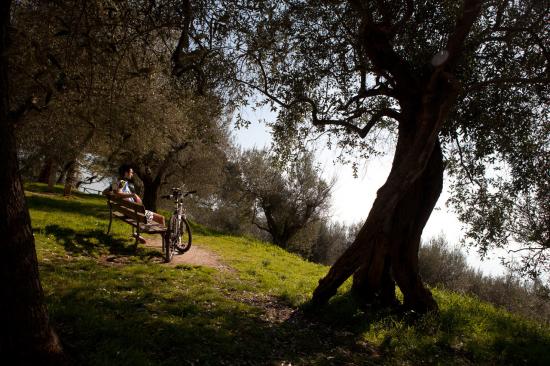 Francesco's way by bike: the journey

The itinerary is going to start in La Verna (Arezzo), the place where Saint Francis received the stigmata on 14th September 1224. From here, you will proceed for 50 kilometers to Citerna, with a difference in height of 474 meters.

The city of Citerna is famous for its Medieval walls and for the Ermo del Buon Riposo, created around a cave used by Saint Francis to take refuge during its journeys from and to La Verna. In particular, Saint Francis has been there for more than one month in 1224, after the stigmata, to escape from the clamour of the news about him.

From Citerna to Pietralunga

The second leg is from Citerna to Pietralunga with a length of 46 kilometers and a difference in height of 900 meters. The path is harder because of many climbs, some of them also of 10% of slope.

In Pietralunga there is an interesting site: the Sanctuary of Madonna dei Rimedi. At the beginning of XVI century, after a miraculous fact - the Holy Maria appeared to some young girls and some nuns of the Benedictine Monastery of Santa Maria del Ponte - it became an important holy site. In XVII century they will expande it, rebuilding above an ancient Romanesque Church where Saint Francis stayed in 1224 returning from La Verna after the stigmata.

From Pietralunga to Gubbio

The third leg is from Pietralunga to Gubbio for a total length of 27 kilometers and a difference of height of 450 meters. The path is quite brief but it has some hard tracts to getting in Gubbio.

Once arrived in Gubbio, famous as the City of Ceros, you will proceed near to the Roman Theatre until the Medieval Gate. Going through it, you will reach the Church of Saint Francis (at the km 26,2). Here you will admire the statue of Saint Francis and the wolf, remembering the miracle of the wild animal that Francis calmed down.

From Gubbio to Perugia

The fourth leg is from Gubbio to Perugia, a path of 65 kilometers with a difference of height of about 1100 meters. This leg is particularly recommended for whom are well-exercised, in fact there are many hard tracts of climb. You will pass through the Church Vittorina, where there was the meeting between Saint Francis and the wolf, and then you will proceed to the Francesco's Way of Peace Perugia-Assisi to arrive in the city center of Perugia. 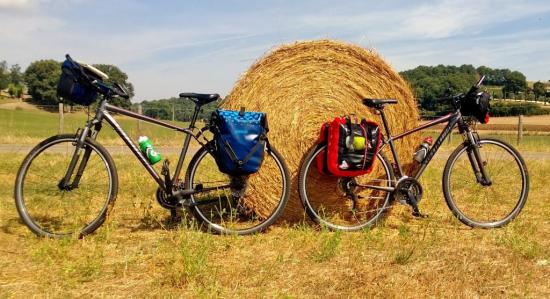 The arrival in Assisi

With the fifth leg, you will arrive to Assisi after a path of 29 kilometers and a difference of height of 360 meters.

Before entering in Assisi, you will admire the Cathedral of Santa Maria degli Angeli in which there is the little church of Porziuncola, a place rich in history, art and also spirituality.