Spello rises up between Assisi and Foligno, situated on a spur of the Subasio Mountain above a fertile and well-irrigated plain. Among the neighbouring cities, this is surely the one which preserves the major number of monuments testifying to the Roman era; for example, the town walls, which later became the foundations for the medieval walls, the ruins of the theater and the amphitheater, the thermal baths and the splendid town portals Porta Consolare, Porta Urbica and Porta Venere dating back to the Augustean era. In ascent, you’ll arrive at the church of St. Mary Maggiore built Between the 11th and 12th centuries, which, even if it can boast a beautiful facade riconstructed with antique materials in 1644 at the same time as other architectonic modificatione were undertaken, guards its most precious treausure inside. 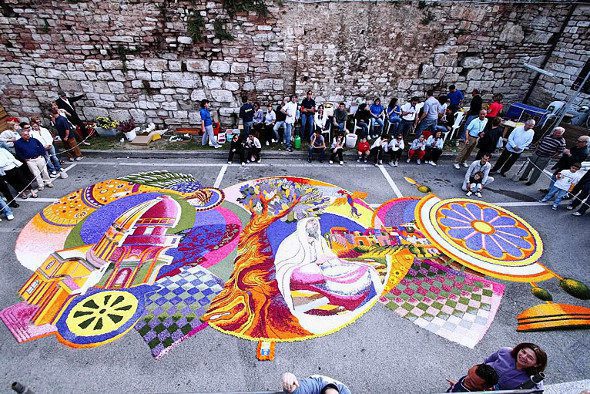 >> Do you want to visit Spello? Check it out now of the best houses in its the vicinity.

There are offers  for hotels in the area of Spello! Click and Consult them immediately.

In fact, the marvellous Baglioni Chapel is to be found on the left-hand side of the nave. with its paintings by Pinturicchio showing the “Annunciation”, the “Nativity” scene and the “Dispute at the Temple”, among other frescoes by the same painter which are to be found the chapels under the cross vaults and paintings by Perugino on the pilasters of the entrance to the presbytery. Close by, it is possible to visit the church of St. Andrew (13th century), which contains the painting of the “Madonna and the Saints” by Pinturicchio. Don’t forget to take a look at the Town Hall in Piazza della Repubblica with its beautiful ogival portico, and the church of St. Laurence with the remains of the older building dating back to the 12th century. Looking out from the ruins of the Castle (14th century) which is situated on top of the hill, one dominates the valley of the Topino river and all of the surrounding hillside. Just outside of the inhabited area you’ll find the Romanic church of St. Claudius and the “Chiesa Tonda” which was built during the Renaissance period in the form of a Greek cross with an octagonal cupola. 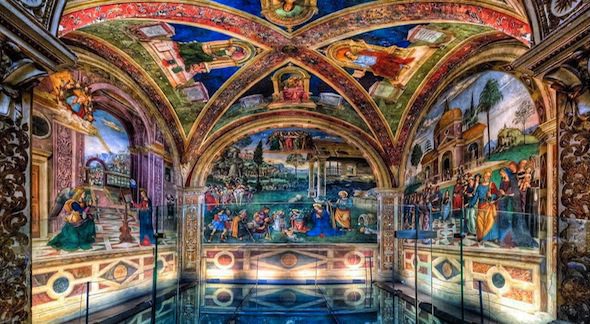 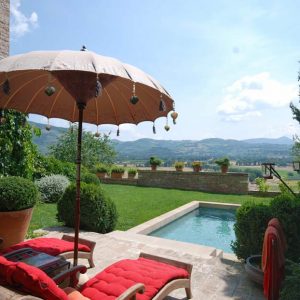 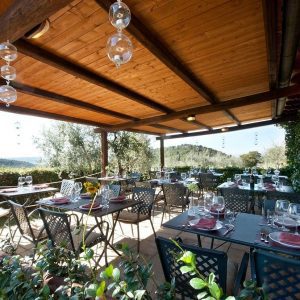