At Gubbio, the road that passes the Bottaccione gorge between two deep walls, goes up to the pass of Madonna della Cima, and goes down again to Scheggia, anciently named Schisa or also mutatio ad Hesis o ad Ensem, where today it remains just a ruine of the bridge (1789) called Botte d’Italia due to the fact that it offered refuge to the brigands which populated this area during the past. Scheggia belonged in the Middle Ages to Gubbio, then to Perugia and to Montefeltro’s family, and finally to the papal state. It is said that in this place there was a temple consacrated to Giove Appenninico. However no trace of it left. At the center of the village, facing the war memorial there is an and ancient and squat tower 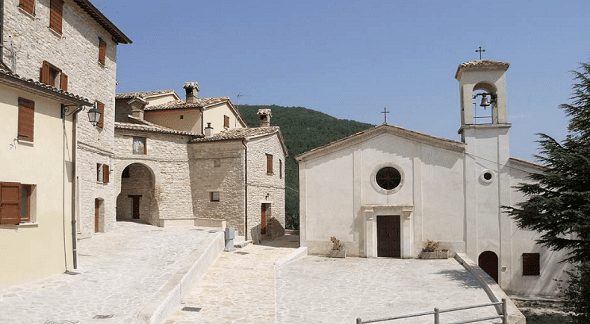 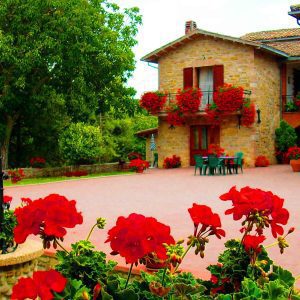