The Museum of the Mummies of Ferentillo is one of the most characteristic and visited museums in the area.

It is located in Ferentillo, in the Nera Valley and at few kilometers from Terni, under the Church of Santo Stefano, within a twenty-four meters long crypt dating from the thirteenth century. The museum exhibits about twenty bodies mummified bodies in a excellent state of conservation. 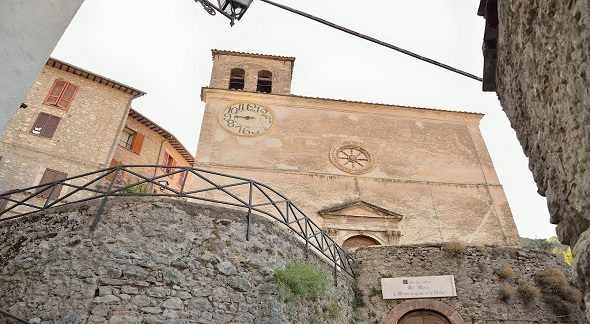 Discovery of Mummies in Ferentillo

In XIX century, after some works and excavations in the crypt underlying the ancient Church of the village, they discovered many mummified bodies with also their own clothes, all in a excellent conservation. The bodies belong to dead people in different eras: the oldest came from nearly four centuries ago, the youngest was of XIX century. The scientists explained their preservation because of a combination of particular elements, both the type of microorganisms characterizing the soil of the area and the airy space of the crypt.

Once exposed to the light and the air, bodies and their clothes started a degeneration and it was necessary to do something to contrast their decline. So, they decided to create a Museum where some special shrines and cases could preserve them.

The phenomena and the discovery created a great interest about the mummies and their identity. Probably, they belong to some inhabitants of the ancient village of Ferentillo.

Thanks to many verbal stories  and to the religious local archives, scientists could retrace the story of some of the exposed mummies. 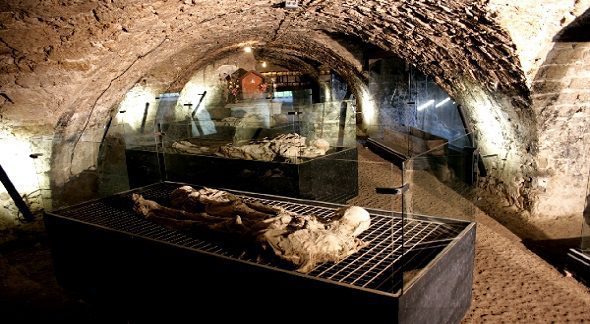 The Stories of the Mummies

The Mummies Museum of Ferentillo includes 24 mummies belonging to men, women and children. In addiction, there are about 270 skulls, 2 mummified birds (one of them is an eagle) and a sealed coffin. Inside that, there is the body of a lawyer murdered because of an ambush, whose mummy was left locked in the coffin as a sign of respect for the man and his descendants.

Among the mummies, two of them have an Asian appearance: according to the legend, they are two spouses from China, who came in Italy in occasion of the Giubilee of 1750 in honeymoon. Unfortunately, they fell ill and died in Ferentillo, so they were buried in the local church. Then, there are: a mummy of a young woman with her deceased fetus, an ancient farmer, two soldiers of Napoleon who were in Italy because of the military campains of 1796-1797. 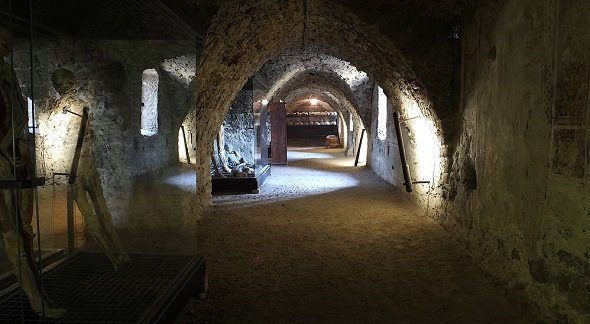 Visiting the Museum of Mummies of Ferentillo

The entrance of the Museum of Mummies is under the Church of Santo Stefano, in via della Rocca in Ferentillo. The Museum is open in the following days and timetables (last entrance about 15 minutes before che closure): 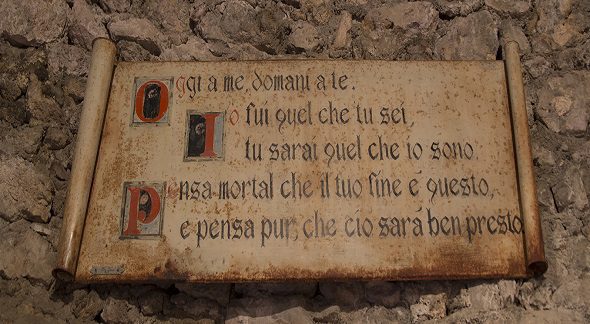