Festival of the 2 Worlds, Spoleto Festival

The Spoleto Festival was born in 1958 by the impetus of the composer Maestro Gian Carlo Menotti and his vision: to join two cultures and two artistic worlds, (hence the name) very different at that time, the European one and the American one, dedicating the manifestation to the art in all its forms and expressions. So, he wanted to set up an event that was as international as possible.

To experience and to mix art in all its expressions, classical ones and innovatives ones, in a same location. 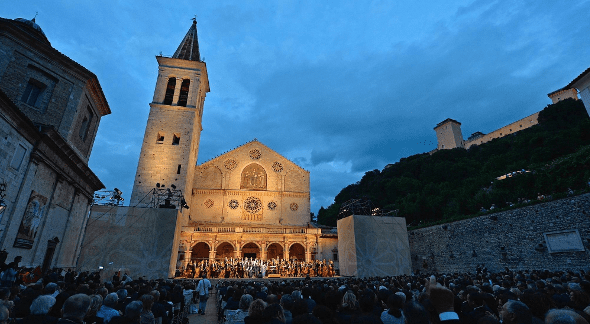 >> Do you want to feel the emotions of this unique show? Come to Spoleto staying in one of the best hotels of the city

The Festival of Two Worlds is one of the most innovative and important cultural appointment in the entire world. Best known abroad than in Italy, it has a unique development and an enviable quality of the events.

The Excellence of the Festival of Two Worlds

To understand the importance of this festival, we can just look the great artists who came in Spoleto.

The first ones were the most fruitful years and of maximum artistic expression, which was the basis for the future success for the event. 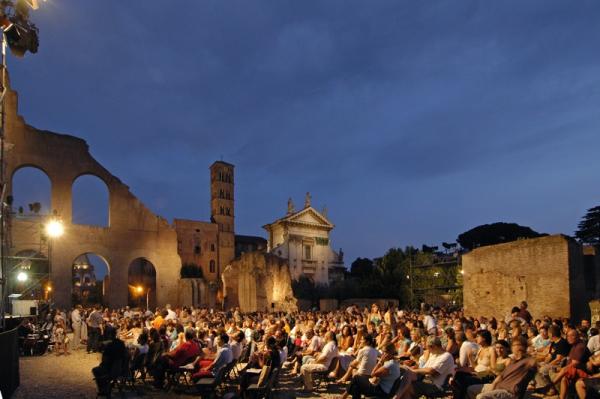 >> There are many offers  for farm houses in the area of Spoleto! Look at them now!

Menotti proposed a versatile programme, with some lost Melodramas as "Lo Frate Innamurato” of Pergolesi, “Il Maestro di Cappella of Cimarosa”, and original shows with a strong impression on those present as "The Scarf” of Hoiby, “Il Gioco del Barone” of Bucchi, “Wozzeck” of A.Berg. In addiction, the festival proposed first previews, rare shows, poetry and much more... with a traditional or not setting up, between holy and profane ambience.

Artistic openings at the Festival of Two Worlds

In 1968, the artistic director became Bongianchino and with him the festival opened to new tendencies. Also, in 1968, Horovitz introduced a show with the participation of a young Al Pacino.

It is hard to identify the more or less innovative works, also because all the editions attracted the mass media attention. Anyway, one of the first original shows of the Festival was the Exhibit "Sculptures in the City" from the edition of 1962, conceived and developed by Giovanni Carandente: the best sculptors of the world came in Spoleto to expose their works. They were setting up not in a interior space but rather along the streets and in the squares of the city. Spoleto became a real open air museum of contemporary art, in a ambience already rich in history.

At the clousure of the event, some works remained in Spoleto, in their own originating place. The first monumental sculpture in the world is Teodelapio of Alexander Calder and it still stands today in Spoleto, in the same spot where the artist left it as a gift in 1962, in front of the train station. 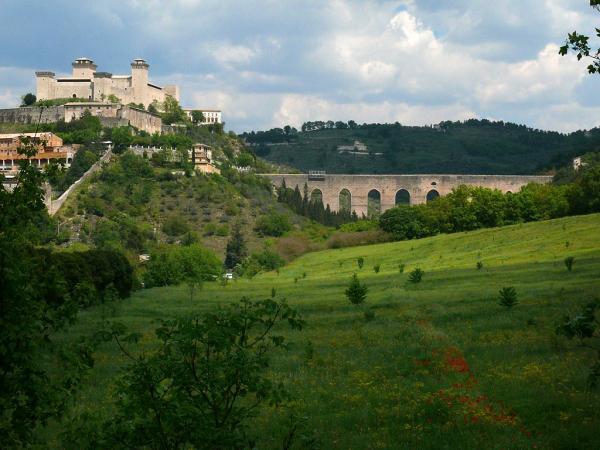 >> Live the experience of Spoleto Festival, look at our best suggestions of hotels in the area of Spoleto

The Festival usually begins in the last Friday of June. kDuring 17 days of shows, it proposes ballets, operas, paintings, lectures, concerts, theater shows, conferences, readings, puppet shows and contemporary art. The "duality" of the festival was always there, also about the programme, with unusual and original performances interchanged with shows closer to the classic tradition.

The Festival between Spoleto and the World

The Festival of the Two Worlds has had many locations: the Teatro Nuovo, the Teatro Caio Melisso, the Teatro Romano, the Teatrino delle Sei, the Complesso monumentale del San Nicolò, the Cortile della Rocca albornoziana, the Church of San Eufemia, the Auditorium della Stella and Piazza del Duomo (the last one also the setting of the traditional closing concert). There has featured some of the 1900's greatest artists of the world as Rudolf Nureyev, Carla Fracci, Luciano Pavarotti and Ken Russell.