Umbertide, which, in the area, is second in importance only to Città di Castello, was founded at around the 10th century according to the wishes of Uberto son of the King of Italy, and took the name of "Fracta filiorum Uberti".

>> Do you want to visit Umbertide? Check it out now of the best hotels in its vicinity

Its fate during the Middle Ages followed sometimes that of Perugia, in other times that of the Church, making it subject to defeats and devastations. The buildings of major artistic value are, apart from the Castle, where nowadays exhibitions of modern art are held, the Churches of St. Mary della Reggia and of the Holy Cross. The first is built in an octogonal form surmounted by a cupola dating back to the 16th century, the second, dating back to 1651, contains, among other minor works of art, an extraordinary painting by Signorelli: the "Deposition from the Cross". Close by the Church of the Holy Cross, you'll find the Churches of St. Francis (14th century) with its facade in conci and its portal with a three-lobed arch and the Church of St. Bernardino (16th century).

There are offers  for vacation rentals and farm houses in the area of Umbertide! Click and Consult them immediately 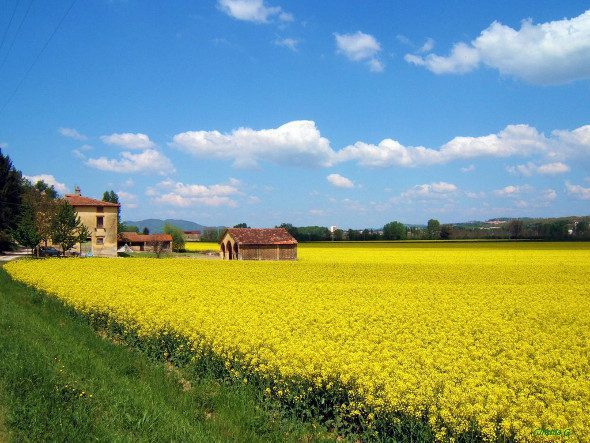 At about 5 km. to the North-East one of the best-preserved defensive structures of the whol tiber valley is to be found: the Castle of Civitella Ranieri. This building, constructed between the 15th and the 16th centuries, with its four towers, two square and two round, still dominates all of the surrounding plain, and offers a marvellous look-out point.