Located inside Palazzo dei Priori, Collegio del Cambio between 1452 and 1457  was the seat of a powerful corporation which brought together Perugia's bankers.

Sala delle Udienze, a rectangular base covered with ribbed vaults, has been decorated by different artists. Towards the end of the century Domenico del Tasso produced the wooden furniture while the painting was given to Pietro Perugino, who was then considered the greatest artist of Italy. The main door was designed by Ludovico di Antonibo and was decorated with carved doors by Antonio da Mercatello in 1501. The first room is the vestibule, or Sala dei Legisti , where there are some counters baroque carved by Giampietro Zuccari. 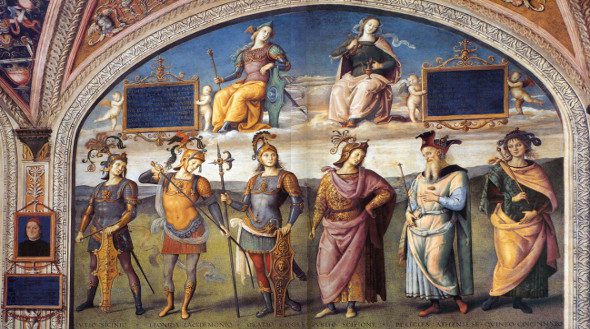 >> Do you want to discover Perugia's treasures? Check it out now of the best farmhouses in Perugia Italy.

At the bottom of the Audience Hall on the right you can enter Cappella di San Giovanni Battista, entirely frescoed by Giannicola di Paolo, which was built in 1506-1509 by Gasperino di Pietro on the primitive church of San Giovanni della Piazza, which had been incorporated into the building . God is represented among the apostles, evangelists, doctors of the Church and the patron saints of Perugia, while the altar is a Baptism of Christ and Annunciation to the sides. The side walls are decorated with Scenes from the Life of John the Baptist and Sibille. The frontal of the altar is the work of Mariano di Ser Austerio and depicts the Baptist within a garland and a frieze.

If you've decided to visit Perugia you should contact now B&B in  Perugia, Italy >> click this link.