Ring the bells! Roll the drums!

In Narni (Tr) from the 24th April to 14th May 2017 there will be the 49th edition of "La Corsa All'Anello" (literally, the "The Race of the Ring"), surely one of the most charming and touching historical reenactment in Umbria.

Torches and flags will color the streets and the squares of Narni, the city center will be filled with sounds; there will be furnaces and taverns where the visitors will size inviting aromas and flavors; with parades and games, the ancient competitions between the 3 districts of Narni, called the 3 "Terzieri" of Mezule, Fra Porta and Santa Maria, will revive.

During the game, the young of the districts will have the traditional historical costumes and they will have to insert their lances in a ring hanging to a template. On the eve of the competition, that is the climax of the manifestation, an impressive historical parade will march through the decorated streets of the city.

For this edition 2017 there will be a lot of events, from exhibits to conferences, from shows to reenactments, looking at four main thematic areas: food, culture, sport, beauty. The organizators announced the presence of an exceptional guests and testimonials for each area: Giorgione, chef of the Tv show "Giorgione, Orto e Cucina" on Gambero Rosso Channel; Franco Cardini, writer and University professor; Alessio Foconi, Italian fencer and foil specialist; Dalila Pasquariello, actress and model, finalist of Miss Italia 2011 and protagonist of the Tv show "Don Matteo 10".

There are also two important news: a second edition of the Corsa all'Anello, from the 17th to the 24th June 2017, and a special track of sand for the horses races.

In addiction, remember that at the typical taverns ("Hostarie"), open exclusively for the occasion, you will have the possibility to taste also many dishes of the medieval tradition! 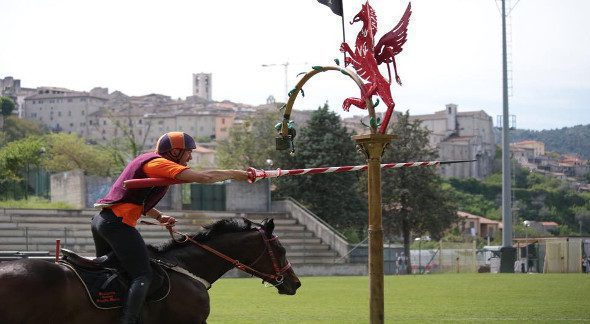 >> Come to Narni for the 2017 Race of the Ringin, don't miss this unique historical reenactment. Click here to look at the best hotels, b&b and farmhouses in Narni and organize your holiday!

The Taste of living History

The Race of the Ring is trying to remain loyal to its own traditions and to mantain its relation with them. This is an element that distinguishes it from many other historical celebration in Italy and also in Europe.

The event is in fact very ancient: officially it is rooted in 1371, with the codes about the ancient rites and celebrations that took place in Narni in honor of Saint Giovenale, the first bishop of the city.

An imposing procession accompanied by songs and musical instruments, a solemn religious celebration in the Cathedral, and then time dedicated to the more playful nature of the event with the traditional equestrian games. The Corsa del Palio was a race of pure speed, whose final prize was a silk woven with a length of about six meters. The Race of the Ring was instead reserved for knights of Narni, with the final aim of inserting the target with their rods. Later, they added more games and other events entered in the tradition, as the fight, the "quintana" or the comedies staged by local young.

The Slogan of the event is in fact: The Race of the Ring, the taste of living history.

And they add: "The whole countryside, near and far, is invited to attend the holy carousel!" 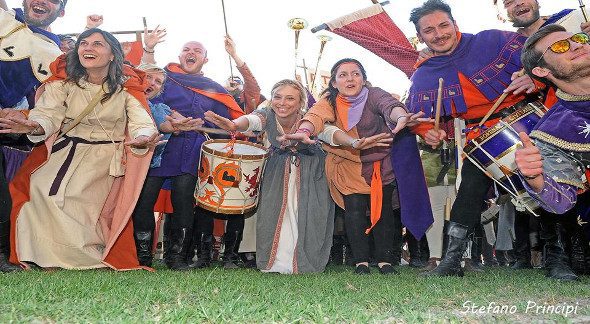 >> Live the medieval atmosphere of Narni during the events of The Race of the Ring, leave for a journey back in time! We suggest you all the hotels, b&b and farmhouses in the area of Narni

Narni, a city to discover

Beyond the race and the symbolic reenactment, the Race of the Ring is also an unmissable occasion to visit Narni and enjoy all its beauties in a moment of particular suggestion.

The events and the festivities that accompany it give to the city a unique atmosphere, enhancing the medieval aspects and offering to the visitors a real journey back in time.

The charm of the Albarnoz Fortress, an ancient fortress built in the second half of the XVI century overlooking the city; the suggestive Augustus Bridge, over the Nera river, a 160 meters of length and 30 of height bridge, consisted of a Roman arch surviving of the I century B.C.; the mystery of Narni Underground, with a visit to the subterranean halls of the complex of Saint Domenico and its annexes; the beauty of Eroli Museum with its important archaeological finds that trace the local artistic evolution.

To learn more about Narni, read our article about What to see in Narni in 1 day 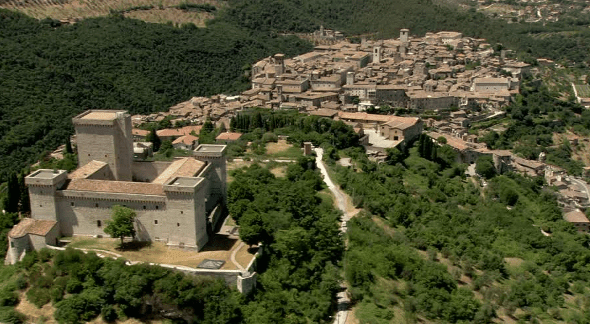 >> There are many offers in Umbria, look at them and organize your holiday to stay in the region and to visit Narni during the 2017 Race of the Ring!