From 20th January to 21th April, music becomes protagonist in Terni thanks to the 2017 Edition of Visioninmusica and its rich schedule of shows and artists. At its XIII Musical Season, Visioninmusica combines and offers to its audience imagines and emotions, through the languages of contemporary musical scenery.

"Let fly your mind exploring new paths" is the slogan that in only one phrase can resume the spirit of 2017 Visioninmusica. 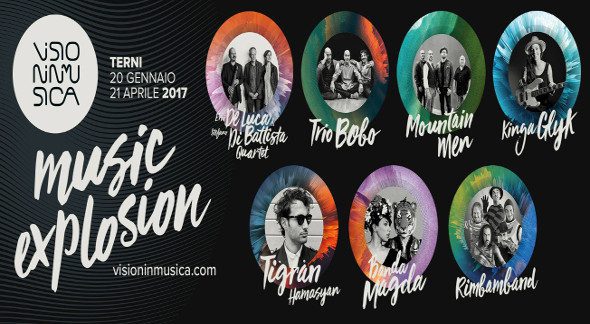 >> Come to Terni and live the music of 2017 Visioninmusica, here all the hotels, b&b and farmhouses to stay in the city

Among national and international artists

Visioninmusica proposes 7 night concerts and 2 workshops especially dedicated to guitar, held at the same time of the festival by two great names as Guthrie Govan and Paul Gilbert.

National and international artists are the protagonists of this multifaceted and intense edition, with projects from pop to rock music, from jazz to Brazilian sounds, from North Europe to the ancient atmosphere of Armenian music.

Here all the events of the festival! 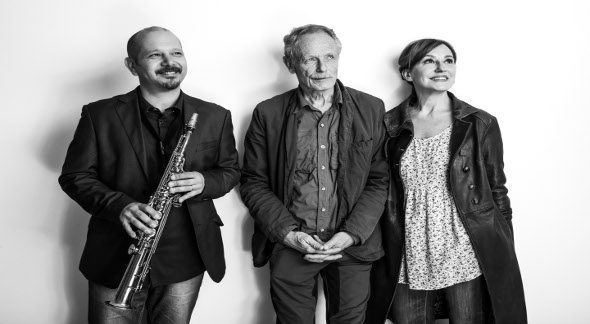 17th February 2017
MOUNTAIN MEN
An awaited return for this group, that presents itself in a new version with a stronger rock accent, also thanks to two new musician: Denis Barthe, famous drummer of Noir Désire and producer of the album, and Olivier Mathios (The Hyènes), the bass player. Their music is an essence of pure vitality: powerful, simple, beautiful, universal. 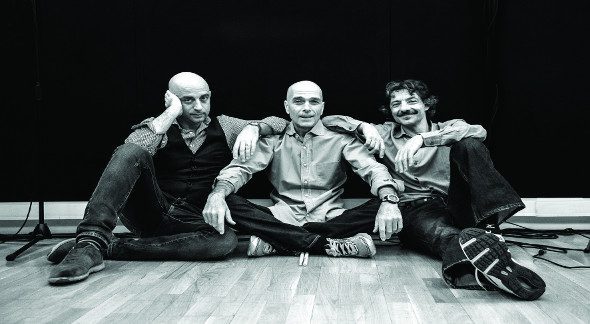 10th March 2017
KINGA GLYK
This artist is considered the best current bass player of Poland, an authentic revelation and enfant prodige. Kinga Glyk played with many great musicians, and she is evaluated as an arising star of jazz and European blues music.

17 Marzo 2017
TIGRAN HAMASYAN
Excellent pianist, the Armenian Tigran Hamasyan proposes a crossing of rock, Armenian folk, metal and jazz. Coming back in Armenia after a long and profitable American parenthesis, he obteined many important prizes and international awards, as for example, Montreux Jazz Festival’s Piano Competition, in 2013, Thelonious Monk International Jazz Piano Competition in 2006 and Echo Jazz Awards 2016. Really original piano player, he will propose to his audience in Terni an unforgettable atmosphere that will bring across a unique experience.

7th April 2017
BANDA MAGDA
Naming as its leader, the Greek pianist Magda Giannikou, this French group is composed by various musicians from many different countries. It proposes an electronic and sophisticated sound in a mix of genres and styles: samba brasiliana, jazz manouche, traditional Greek dances and Colombian cumbia will create a formidable and enchanting mix that will satisfy also the most exigent listener.

21th April 2017
RIMBAMBAND
Brilliant musicians from Puglia, in a continuous harmonious discordance, will close the festival introducing their third work "Note da Oscar", ready to bring the audience in a luna park of imagination where to daydream is still possible. 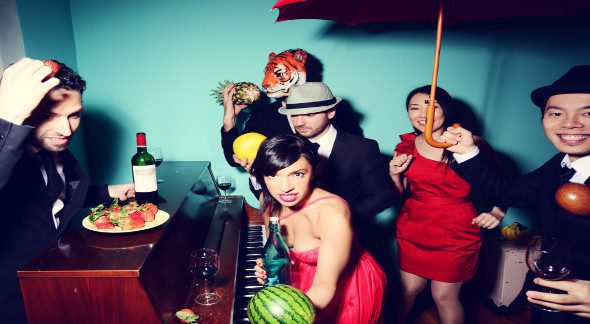 >> Live the shows of Visioninmusica and spend some days in Umbria, there are many offers for you!

Visioninmusica 2017 is held in the city of Terni and the shows are organised in Auditorium Gazzoli or in the Centro Multimediale (Teatro A). Concert is starting at 9 pm

Below all the prices: