The Dome of Orvieto is one of the most beautiful Italian cathedral, a masterpiece of the gothic architecture of the center of Italy.

The magnificent building dominates the bluff up which Orvieto is located thanks to its size. The Dome has been built for three centuries by the work of dozens of experts and artists. In particular, the splendour of its facade is known all over the word, with its towers that reach a height of about 53 meters. Do not to forget the interior of the Dome, with wonderful decorations and frescoes made by some of the most great painters of the past, among which the famous Giudizio Universale of Luca Signorelli.

Let's go to discover the history and the treasures of the Dome of Orvieto, a real symbol of the city.

The History of the Dome of Orvieto

From the "Miracle of Blood" to the construction of the Dome

Pope Urbano IV wanted to build the Dome in 1290, for giving a suitable collocation to the Holy linen of the "Miracle of Blood", happened some years before in Bolsena. In 1263, during the Eucharist moment of a Holy Mass in the Church of Saint Cristina of Bolsena, the Holy Host bled. The blood fell on the linen but the priest, scared and confused, tried to hide it. Finished the celebration, he rolled up the Host inside the Holy linen to bring it to the sacristy. Going there, some drops of blood fell on the steps of the Altar and the floor.

Informed about it, the Pope sent to Bolsena the Bishop of Orvieto to verify the fact and take care of the Holy Relics. The Roman Curia confirmed the miracle and decided to extend the Celebrations of Corpus Domini all around its churches to remember the so-called "Miracle of Blood" and to celebrate the real presence of Christ in the Eucharist.

Then, the Pope decided to build the Dome to safeguard the Holy Relics. They are located in the Cappella del Corporale of the Dome, inside the precious Reliquario del Corporale, a masterpiece of the Italian and European gothic art.

Every year, in occasion of Corpus Domini, the habitants of Orvieto bring with them the Holy Relics during the traditional Procession and the historical reenactment. To find out more about the event, look at our page about the Feast of Corpus Domini in Orvieto 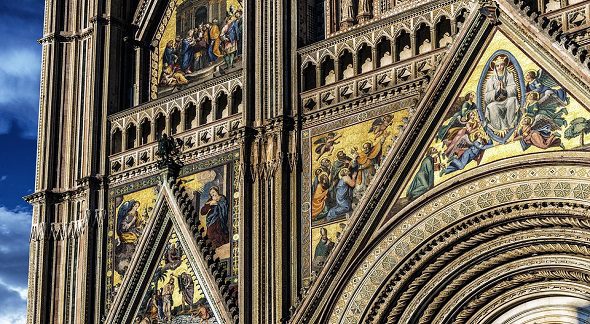 The construction of the Dome

In addiction to the Holy event of Bolsena, the Dome was also built to donate a unique great cathedral to Orvieto. In the main square of the city there were two smaller churches that were in a bad state at that time.

Initially, the project designed a Romanesque Cathedral, with a central nave and two lateral naves. When Fra Bevignate became chief of the works after Giovanni di Uguccione, he modified the project to introduce a gothic style. In addition, in 1309 the architecte Lorenzo Maitani from Siena were called to resolve some structural problems of the building. He modified the apse in a rectangular form and in 1330 realized the inferior part of the facade.

At his death, the chief of the work was Andrea Pisano, who had worked also to the construction of che Cathedral of Florence, and then Andrea di Cione called l'Orcagna. The works of the facede proceed with him, who realized the beautiful mosaic and the rose window, and then with the other chiefs among which Michele Sanmicheli e Antonio da Sangallo il Giovane. 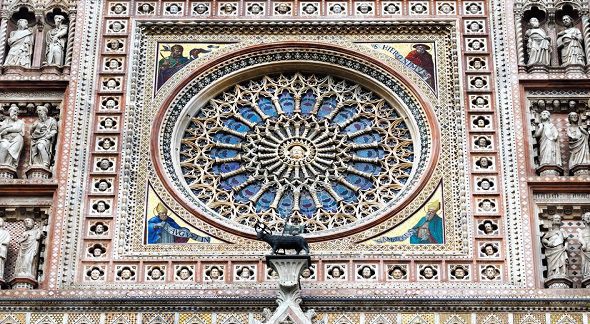 What to see inside the Dome of Orvieto

The facade of the Dome

The visitor's attention is immediately drawn by the wonderful Gothic facing, on which one notes a polyptych decoration of mosaic works and bas-reliefs . 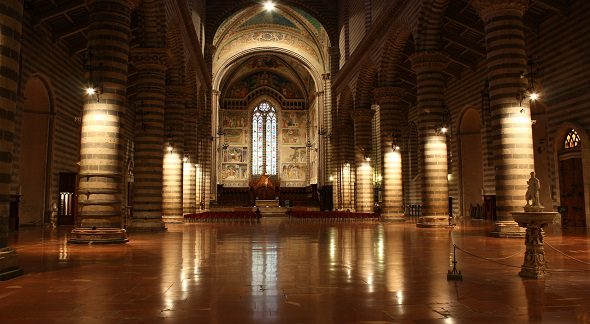 Inside the Dome of Orvieto

The three naves of the interior of the Dome, large and bright spaces, are covered by a celling of wood truss. Walls and pillars of the central nave are realized by the alternance of basalt and travertine, that refers to the exterior decoration. The walls of the lateral naves, originally empty, were recovered by frescos and then painted with white and dark green strips at the end of XIX century.

The large part of the furnitures, from the statues to the Holy objects, are kept in the Opera Museum of the Dome. Inside the Dome, you will admire its two precious Chapels:

San Brizio Chapel is extremely important thanks to its frescos made by artists as Frà Giovanni da Fiesole Beato Angelico, Benozzo Gozzoli, il Perugino and after 1499 d.C. Luca Signorelli. They realized the frescos dedicated to the Giudizio Universale, Hell and Paradise. In the transept, you can also admire the Pietà from the XVI century.

Built around 1350 d.C. from Andrea Pisano to keep the relics of "Miracle of Blood" of Bolsena, this Chapel were painted by Ugolino di Prete Ilario between 1357 and 1364. 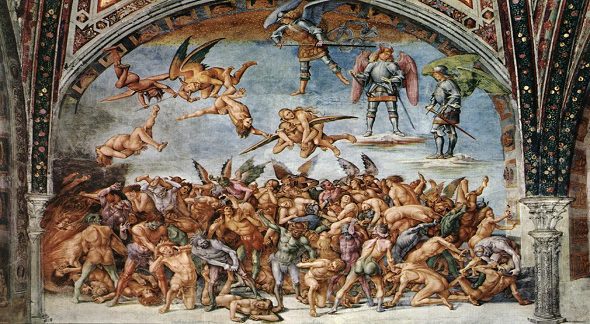 Visiting the Dome of Orvieto

Openings time can change because of celebrations need. Last entrance 30 minutes before closure.

Prices of the Tickets of Dome, San Brizio Chapel and Museum 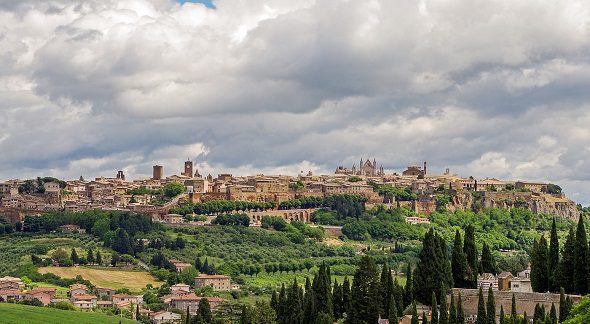