The best things to do in Orvieto. Our mini-guide tells you what to see, what to do and what to eat to discover Orvieto!

Orvieto, one of the oldest cities of Italy, owes its origins to the Etruscan civilization: the first settlements date back to the ninth century BC and were founded inside the tufaceous caves in the bedrock upon which today rises the Umbrian town.
Let's start our tour from the beautiful Orvieto Cathedral, a colorful example of Romanesque-Gothic architecture, rich in art, which holds within the Holy Corporal. Started in 1290, it was later continued by Lorenzo Maitani, to whom we owe in particular the wonderful facade with its extraordinary bas-reliefs, the elegant front, 40 meters wide and 52 m high, is decorated with mosaics and the rose by Andrea Orcagna. The interior of the cathedral is adorned with important works, including the famous frescoes by Luca Signorelli and the Reliquary of the Corporal.

>> Do you want to visit Orvieto? Check it out now of the best hotels in Orvieto Italy 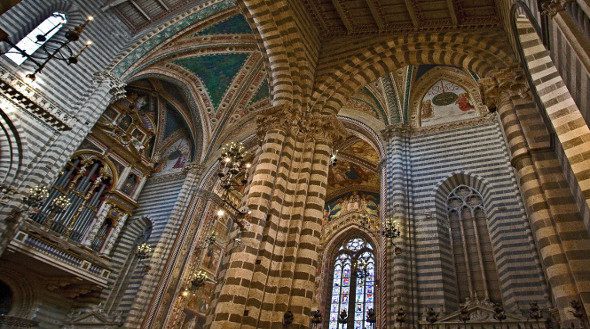 The frescoes in Cappella Nuova (performed by Luca Signorelli, who portrayed Heaven and Hell, elect and reprobate scenes with prophets, angels and saints) leave the visitor speechless with their beauty and brightness of their colors.
In the chapel on the opposite side of the church it is possible to find the Reliquary of the Corporal, a famous masterpiece executed by Ugolino di Vieri, who keeps the corporal who in 1263 became stained with blood when a Bohemian priest, celebrating the Mass without faith, broke the consecrated host, from which the blood came out.

At the rear of the cathedral are the Palaces of the Popes, austere buildings entitled to Urban IV, Martin IV, Boniface VIII. In the last one, also known as Palazzo Soliano, there is the Opera del Duomo Museum.

Things to do in Orvieto

After admiring this architectural marvels, what are the best things to do in Orvieto? Do not miss the timeless Underground City that was entirely derived from the cavity carved by the inhabitants over the centuries, full of pits and caves. The most famous is probably the St. Patrick's Well, near the communal gardens and the Albornoz Fortress.

The well, extraordinary work of civil engineering of the sixteenth century, was excavated by order of Clement VII who found his refuge in Orvieto during the sack of Rome in 1527. Its implementation, desired for reasons of survival in case of siege or natural disaster, was entrusted to Antonio da Sangallo, assisted by Giovanni Battista da Cortona. Its dimensions are impressive: 62 meters deep, has a diameter of 13.5 meters. All around ther are two spiral staircases  that never meet, the two steps, consisting of 248 steps each, are lit by 72 windows creating a surreal atmosphere.

>> Do you want to discover Orvieto's treasures? Check it out now of the best farmhouse in Orvieto.

Perhaps you did not know that ... >> The name of St. Patrick's Well comes from the analogy with the legendary cave which was located on an island in Lough Derg, in Ireland, a place of pilgrimage in medieval times.

The subsoil of the city but still reserves many surprises, a few steps from the Duomo the tunnels and cavities reveal another world to discover: it is that of Orvieto Underground, which allows you to take guided tours in an underground complex multi dug from the ninth century BC, even here wells, quarries, workshops and olive presses have ensured the survival of the inhabitants in the area for millennia.

There are offers  for vacation rentals and hotels in the areas of Orvieto! Click and Consult them immediately.

Orvieto is a place also rich in traditions. In addition to religious services and the exposure of the holy relic, there is a historical reminiscent procession involving 400 participants, and the famous Feast of Palombella, dating from the fourteenth century, which consists of making "fly" a dove, linked to a halo of crackling firecrackers on a steel cable from the church of San Francesco to the Cathedral;  the dove is then given to the first married couple that day.

After all these walks you deserve to taste some typical food... so we could not finish the mini-guide without counsel you what to eat in Orvieto!

See  the best restaurants in the area of Orvieto!  >> Click here and book. 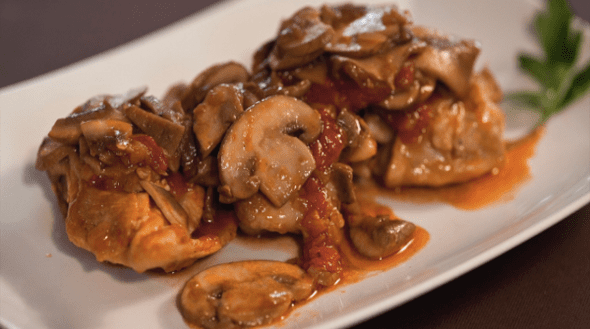 The pear Monteleone d''Orvieto, also called "steak of the villain" for its consistency and for its amazing nutritional properties;  the pigeon, the "palomba alla leccarda" and "cacciatora" chicken are some of the oldest and most typical dishes of the city. As a dessert we suggest you to try the cakes with anise.

Above all Orvieto is known for its wine, the famous Grechetto, but also Trebbiano and Sangiovese that are produced in huge quantities, and some excellences as Muffa, product doc.

If you've decided to visit Orvieto and taste Umbrian cuisine you should contact now farmhouses near Orvieto >> click this link.