From 25th February to 5th March 2017, there will be the Film Festival of Spello and Umbrian Towns, an unmissable appointment for all the cinema lovers.

In fact this Festival was created in 2012 with the aim to promote film culture in all of his forms and also to enhance and get the public closer to the professions "behind the scenes" of cinema. The festival, in fact, proposes itself as a Review - Competition about the Cinema Professions dedicated to the great work of screenwriters, cinematographers, set designers, sound engineers, editors, costume designers, makeup artists, responsibles for the special effects... and all of those professionists whose work, often little known, is crucial for the realization of a film.

The movies shown at the festival compete in different categories: Italian movies, foreign movies, backstage and documentaries. A jury composed by professionals of Cinema will award a prize for each category. Since 2015, the projections have been composed also by 7 European films selected among the productions of the previous two years, focusing on those films of value that have had a minor distribution. All screenings are free admission. 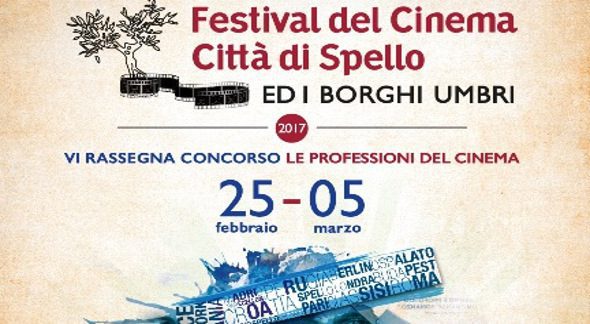 >> Do not miss the 2017 Cinema Festival of Spello, look at the best farmhouses in the area of Spello!

The Film Festival of Spello obviously has its nerve center in the beautiful town of Spello, in particular at the Subasio Theater and the Cinema Palazzo (at the Town Hall).

Many other towns participate in the initiative also this year, with screenings and events in enchanting places, that are also able to enhance the excellences of the Umbrian region. From the Sala Fra' Giordano of Giano dell'Umbria to the Auditorium San Domenico of Foligno, from the Metastasio Theater of Assisi to the Astra Cinema of Gubbio, passing by  the Belle Arti Academy of Perugia and the wonderful Concordia Theater of Montecastello di Vibio.

In addiction, there will be also a special screening accompanied by a rich tasting at the House of Chocolate in Perugia, which on this occasion will have a special night opening.

This year, the theme chosen in the section dedicated to documentaries is the strict relation between "Cinema & Food", which will be the theme of a special exhibition too, organized by the Experimental Center of Cinematography - National Film Archive. The exhibit, with a suggestive photo gallery, will be entirely realized by archive images linked to three places of nutrition: street, kitchen and table, highlighting how the food has a privileged perspective from which to observe customs and traditions and to record changes in the society. 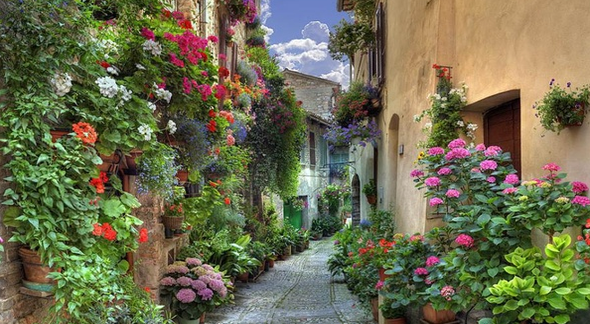 >> There are many offers in hotels, b&b and farm houses in Umbria: discover them and organize your holiday

We suggest you many special appointments of the Festival:

Spello - Cinema Palazzo
From 25th February to 05 March, Time 9 am - 13 am and 3 pm - 6 pm (From Wednesday to Sunday)
From 6 March, Time 10 am - 13 am to 3 pm - 6 pm (Only on Saturday and Sunday)
The exhibition focuses on the artistic contribution of Scenographers, Costume Designers and Decorators, retracing the creative process of conception, preparation and realization of the forms that make up a complete image, "the exact style" with which to tell a specific story.

Spello - Subasio Theater
On Saturday 4th March, Time 6:30 pm
Award given to the best musical contribution for a story in pictures, dedicated to Carlo Savina, one of the most influential musicians in the history of cinema. The award wants to enhance and emphasize the theme of music in the film reality, from the silent movies to the advent of sound, until the affirmation of the sound tracks as a whole set of sound events: dialogues, sound effects, music.

Spello - Cinema Palazzo
On Saturday 4th March, Time 3:30 pm
A complete analysis of how they eat and have eaten on the big screen, with the presentation of the careful work of Stefano Giani. In this book, the author describes a series of historical and recent films, from around the world, where food plays as protagonist with a specific role: from science fiction of Georges Mélièrs to the use of Charlie Chaplin and John Ford; from Babette to the ethnic lunches so fashionable, until the French-Indian challenge of love, food and curry and the Elysee canteen.

Finally, space also for collateral events tied to the music with "Black & White" between art, music and culture. On Saturday 25th February at 7:30 pm, in Spello at Cinema Palazzo, buffet dinner with dress code Black and White accompanied by music and with visit to the festival exhibitions. The event is by invitation and reservation. 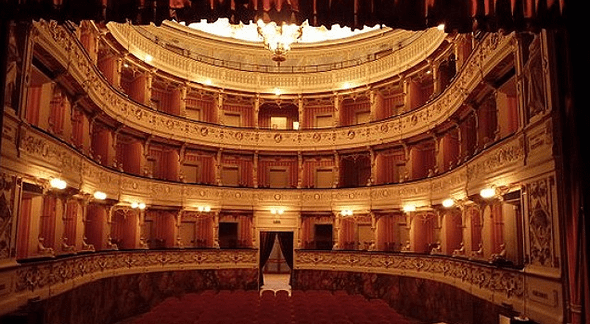 >> Do you want to participate at the Cinema Festival of the City of Spello?! Here you can find our suggestions about the best hotels of the area

Between the movies of the festival, that you can find in the brochure attached at the bottom of this page, we present you a small roundup of Italian films in competition:

Discover all about the Cinema Festival of the City of Spello with the brochure attached!