On its 63rd edition, the Festival of Two Worlds takes place this year from August 20 to 23, and 27 to 30. The famous Spoleto festival is the event par excellence dedicated to the art at 360 degrees, a special stage for established artists as well as emerging ones from all over the world.

The awaited Festival of Two Worlds is certainly the most excellent event of the city of Spoleto, of Umbria region and not only, thanks to its original spirit and its international vocation. Historically speaking, it has always been a meeting place for different cultures, offering a cared and high quality program and promoting new creations.

This year's official poster has been designed by Paolo Roversi, fashion photographer of international fame, well known for his portraits: it's an evocative black and white shot depicting actress Adriana Asti on the Teatro Romano's steps, in Spoleto. 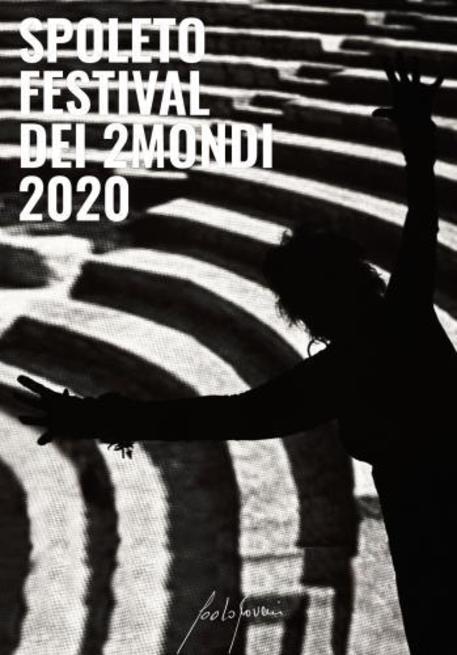 Under the guidance of Giorgio Ferrara, in his tenth year as artistic director, the Festival of Spoleto has grown immensely: from an attendance of 5,000 in 2007, passing to the 80,000 in 2016 and also to the 90,000 of last year. This has contributed to strengthening the focus of the institutions, artists, operators, companies, and the media towards the event that has established itself as a world-renowned event and an occasion not to be missed.

>> Do not miss the shows and the events of the Festival of Two Worlds, in the unique frame of the wonderful Spoleto... Look at the hotels in this area!

The events scheduled at the Festival of Two Worlds 2020

This year's Festival of Two Worlds will be shorter than the usual, because of last months' health emergency. This is what director Giorgio Ferrara said about it:

“We're so happy to meet our audience again after this long, dark period. We never stopped working in the meantime, and we kept ourselves ready to face the everyday changes and unpredictable outcomes of the COVID emergency. We won't be able to stage the scheduled program of events that we had announced last March, but the new shows will guarantee safety for everyone, and the artistic quality and excellence that set our festival apart.”

The program will be divided into two separate weekends, from August 20 to 23, and 27 to 30, and it's still packed with appointments you don't want to miss: eight differents shows combining theatre, music and fashion, with prestigious names as well as newcomers of the italian artistic scene. 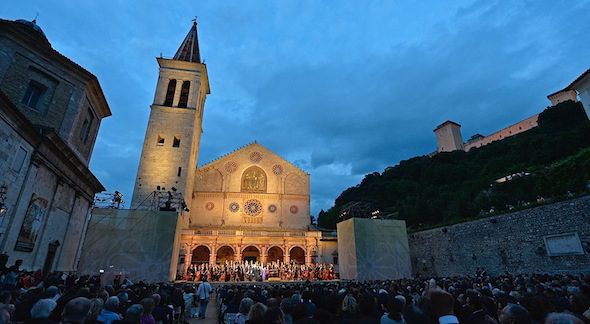 We start on Thursday, August 20, with Claudio Monteverdi's Orfeo, in a new production with direction, scenes and costumes by Pier Luigi Pizzi. A cast of young and talented singers and dancers will perform a timeless tale with universal themes, still retaining its charm even after centuries. The show will take place in the scenery of the Spoleto Cathedral, in the church square (Piazza Duomo).

Friday, August 21, at the Teatro Romano, we go on with I Messaggeri, concert-show directed by Emma Dante, with music by the Mancuso Brothers. In a very topical work, Dante traces a parallel between the messengers in Sofocle's and Euripide's plays, coming on stage to describe in details the most gruesome happenings, and the daily bullettins of these last months that recounted the new victims.

In Piazza Duomo, Saturday, August 22, a show starring Isabella Ferrari: three monodramas for Actress, Female Choir and Orchestra, inspired by three mytical women: Arianna, Fedra and Didone. Love is the common theme, and the three protagonists express it in imaginary, yearning letters to their loved ones. Their stories are thus told no longer from the hero's perspective, but from the abandoned heroine's one.

The young pianist Beatrice Rana, winnrer of the 2016 Abbiati Prize for best soloist, closes the first weekend with her concert on Sunday, August 23, at the Teatro Romano. She will perform a selection of pieces by Chopin, Albéniz and Ravel.

The second weekend opens on Thursday, August 27, at the Teatro Romano, with a memoir dedicated to one of the greatest artists of the twentieth century: Maria Callas, Lettere e Memorie, with Monica Bellucci playing the protagonist. Texts and direction are by Tom Volf, also director of the documentary Maria by Callas. Through autobiographical writings and archival materials, Monica Bellucci retraces the great singer's life, wearing a dress that really belonged to her.

Friday, August 28, the concert in scenic form Le creature di Prometeo/ Le creature di Capucci will be held in Piazza Duomo. The only ballet by the great Ludwig van Beethoven meets the fashion of stylist Roberto Capucci, who designed 15 costumes of great visual impact. With the Orchestra of the Carlo Felice Theater in Genoa.

Luca Zingaretti will also be in Spoleto, Saturday, August 29: in the show La Sirena, taking place at Teatro Romano, the actor lends his voice to a text from Lighea by Giuseppe Tomasi di Lampedusa. Set in Turin in 1938, it's a confrontation between two men, both Sicilians. Dramaturgy is by Zingaretti himself, while music is by Germano Mazzocchetti.

The Festival conclusion is entrusted to Maestro Riccardo Muti, who on Sunday, August 30, in Piazza Duomo, will conduct the Luigi Cherubini Youth Orchestra in a majestic closing concert.

More infos about the shows are availlable on the official site. 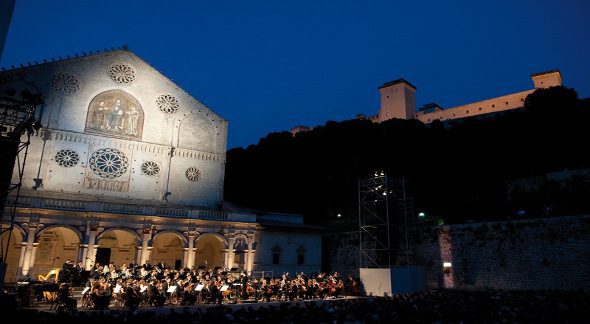 >> The Festival of Spoleto is ready to give you all of its emotions. Be a part of it: we suggest you the best farmhouses of the area!

This year, in accordance with the coronavirus directive, the Festival of Two World tickets will be sold exclusively online; it won't be possible to purchase them through the call center or at any other sale point. Tickets can be purchased by following this link.

Furthermore, the following rules must be respected:

There are two types of tickets: those reserved for relatives (family members, cohabitants and all people who, according to the directive in force, are not subject to interpersonal distancing), who can sit next to each other in adjoining places, and those reserved to individuals, who must instead respect the distancing. Be careful to choose the right ticket!

For further information you can also read the ticket rules (italian only) on the official website.

Here are the ticket prices for the Piazza Duomo events:


For events taking place at the Teatro Romano the ticket price is € 60.00.

Where applicable, the following reductions will also be provided:

Don't wait any longer, and buy your ticket now! 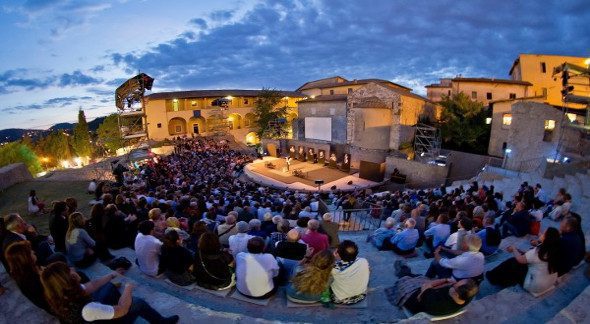 >> What are waiting for, come to participate in the magical atmosphere of the events of the Festival of Two Worlds! Discover now all the offers in Umbria and organize your holiday!