http://www.bellaumbria.net/wp-content/themes/bellaumbria/overlay/home.jpg
Bella Umbria > Art and culture > The Marriage of the Virgin
Search Hotels and Agriturismo
OK 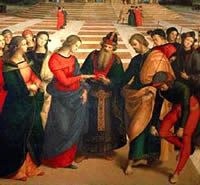