Music that wraps, music which involves! We talk still about music in this Umbrian summer in July 2014.

After Perugia and the Umbria Jazz Festival is now the turn of the hamlets of Trasimeno: back, from 24 July to 3 August one of the most important festival of the Blues in Italy: Trasimeno Blues.

The music that we breathe comes from Africa in this edition and the trip is "from Mississippi to Mali".

The Blues reached the charming villages around the lake, with concerts, enjoyable from dusk to dawn, and a series of cultural events such as exhibitions, workshops and competitions.

The main protagonist is obviously the very best of Black Music in 23 concerts, on 13 different stages, for 11 days!

>> Want to see Trasimeno Blues, check it out now the best hotels in Trasimeno Lake! 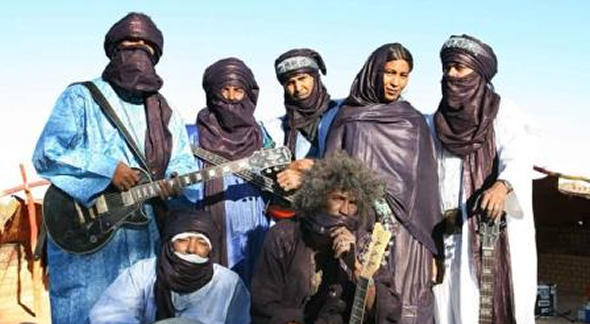 From acoustic Blues to electric, from Desert Blues to Rock, from Soul to Funk, from The Afro to Reggae.

In the program the Preview of Trasimeno Blues, the July 15 in Castiglione del Lago with the legendary collective Tinariwen, and innovation of their sound that combines blues, rock, psychedelia, world music and traditional Touareg.

Here are some of the artists who will be on stage:

the Desert Rock Blues recently appeared in the musical world of the Sahara: the Malian Tamikrest with their addictive blend of traditional Touareg music, Blues, Rock, Psychedelia, Dub and Funk; and then the absolute revelation of the year, directly from Nigeria, the virtuoso guitarist, an ethnic Tuareg Bombino.

The 100% of Blues we will see it with the Chicago Blues, Delta and West Coast Blues by Big Daddy Wilson and Kirk Fletcher with Guitar Ray & The Gamblers;

the Folk/Blues is signed instead Ian Siegal & Mike Sponza Band;

Luke Winslow King will give to the Trasimeno the Delta Blues, Ragtime and Southern Gospel;

and then, we remember, the explosive Funk/Soul by Leroy Emmanuel;

the Soul by the intense talented Luca Sapio;

The Downhome Blues by Marco Pandolfi, Italian finalist at the European Blues Challenge 2014.


>>If you have decided to participate in Trasimeno Blues, you should contact now with the best farm in the Trasimeno Lake!

The Trasimeno Blues Festival is always characterized by being highly suggestive of a music festival that unites and promotes the cultural influences and that always gets a warm wind, peace and harmony.

In the musical tour of the Festival there will be a great event indeed, the extraordinary project "Playing For Change" which, after filling stadiums of the world, whit actors and spectators united in a single message of love and peace, finally arrives in Italy in the live version: a super show that brings together musicians from different cultures, countries and ethnic groups, on the same stage to launch one huge message of peace through music.

11 days not to be missed, including music, entertainment and the beautiful sunsets of Lake Trasimeno ...

>>There are offers expire at Trasimeno, click once and choose the best one for you!

For complete program and in all the contact details info@trasimenoblues.net - and visit the official event website www.trasimenoblues.it