What to see in Perugia if you only have two days? Discover what to do by reading our guide "What to see in Perugia in two days". At first sight the city looks like a mountain to climb; the old town, situated on a hill, stands on the land below enclosed by two city walls, the first built in the Etruscan period, the second during the Roman Empire.

Ready to go for the first stage of the guide "what to see in Perugia in two days"?

After parking your car outside of the city center, closed to traffic, you can use the escalators or the mini metro, which will take you to the main square. You can decide if you prefer to visit the city on foot, or take advantage of the Perugia City Tour, a shuttle service that will take you comfortably to the discovery the most characteristic places of Perugia in 50 minutes.

>> Book your CITY TOUR with us at a special price! 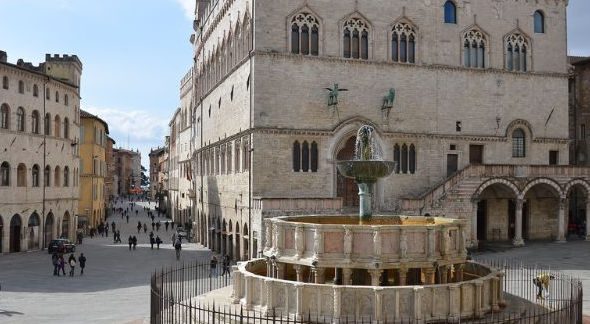 Start your tour of Perugia from Piazza IV Novembre which houses the symbol of Perugia medieval and modern, the Fontana Maggiore, designed by Nicola and Giovanni Pisano, built to celebrate the arrival of the water in the acropolis, thanks to the new aqueduct, which conveyed in the center of Perugia, the waters from the nearby Pacciao mountain.

>> Want to visit Perugia? See now the best hotel in the area of Perugia.

The second stage of the guide "What to See in Perugia in two days":

Piazza IV Novembre is located in the historic center of Perugia, which is surrounded by the Cathedral of San Lorenzo and the Palazzo dei Priori. But let us;

The Cathedral has a particularly unusual side facade overlooks the main square rather than the front side as usually happens. This side is characterized by the Pulpito of St. Bernardine of Siena, made up of ancients fragments and cosmateschi mosaics, from which the saint had been preaching in 1425 and in 1427. The main facade, conversely, looks into Piazza Danti, the entrance is decorated with a portal style baroccon made by Peter Carattoli, who designed it in 1729. On the outside wall it is possible to notice the garish provided hooks for a subsequent marble covering, but it was never made.

The third stage of the guide "What to See in Perugia in two days":

The Palazzo dei Priori, erected between 1293 and 1443, is, with all its majestic beauty, in the Gothic style with an elegant stairway decorated with statues of a griffin and a lion. The building extends throughout the Corso Vannucci and today is the seat of the Municipality. The Palazzo reserves in it and with precision on the third floor, the National Gallery of Umbria.

NOT EVERYONE KNOWS THAT >> The symbol of Perugia consists of a red shield crowned turreted, which are depicted a lion and a griffin rampant silver and crowned with gold. The Griffin is one of the symbols that represent the city. 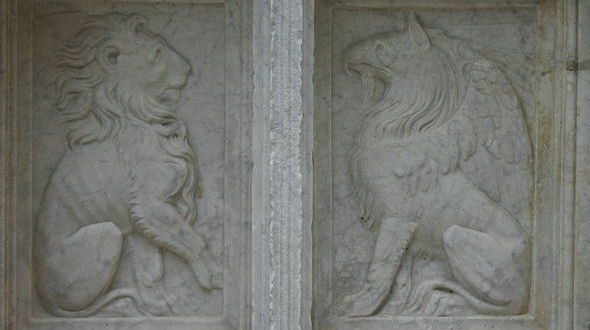 >> If you have decided to visit Perugia, you should contact now with the best farm houses in the area >> Click here.

Fourth stage of the guide "What to see in Perugia in two days":

Another monument, also in Renaissance style, is the Rocca Paolina, which, even if now no longer appears with all its majesty, the fortress was divided into three parts: the “Palazzo Papale”, the "Corridore" and "Tenaglia ".

NOT EVERYONE KNOWS THAT >> The Rocca Paolina is famous for one of the most famous poems of Giosuè Carducci entitled "Il canto dell’amore".

Fifth stage of the guide "What to see in Perugia in two days":

Another ecclesiastical monument to visit is the Oratory of San Bernardino, located in Piazza San Francesco, near the Basilica of San Francesco al Prato. Famous is the facade, decorated with reliefs, made by Agostino di Duccio, that make it one of the most representative examples of the Renaissance art in Perugia. The front facade has a double portal, the interior is characterized by a Gothic plant, the ceremonial altar consists of a IV century Christian sarcophagus that preserves the body of Blessed Giles, life partner of St. Francis. Behind the altar, there is the presence of another portal, which allows the passage at the Oratorio of St. Andrew, very prestigious architectural elements are a coffered ceiling and paintings of the XVIII and XIX centuries.

After so much walking through the streets that characterize Perugia, you should go to enjoy a deserved dinner in the best restaurants that they can express the typical Umbrian cuisine, which is simple and genuine, proposing different flavors depending on the season.

The typical dish that characterizes the northern part of our region is the "torta al testo", better known as "pizza under the fire", which is served as natural or stuffed with meats, cheeses and vegetables. 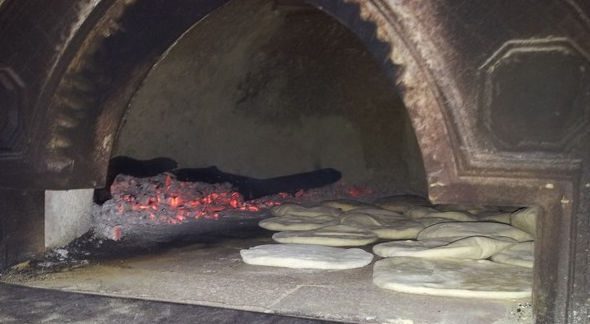 NOT EVERYONE KNOWS THAT >> The "torta al testo" is a flattened  of flour, water, olive oil, salt and yeast, cooked just under fire. It was prepared on the occasion of the great work in the fields when it was necessary to satiate big appetites and economize the bread which was more valuable.

>> Tired of walking, stopped at one of the best restaurants in Perugia.

First stage of the guide "what to see in Perugia in two days":

On your second day of touring the city of Perugia, you can go to admire the beautiful Etruscan Arch of Augustus, which is one of the seven gates of the Etruscan walls of the city. The Arch was built during the second half of the III century b.c. and subsequently restored by the Emperor Augustus in 40 b.c., to celebrate his victory in the War of Perugia. This arch represents the most intact and colossal Etruscan port city, which opens onto what was the Cardo Maximus of the city, which is now Via Ulisse Rocchi.

>> Want to see Perugia? See now the best deals on the best accommodation facilities in Perugia and its surroundings. 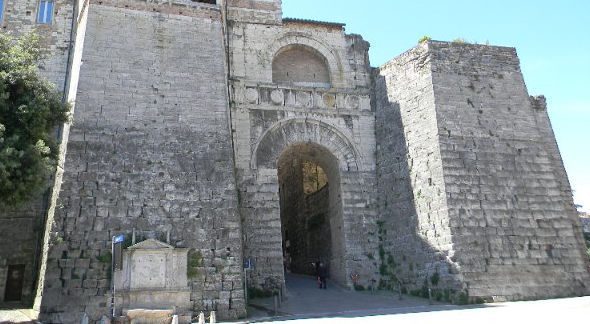 The second stage of the guide "What to See in Perugia in two days":

Another bulwark of the medieval style is Il Cassero di Porta Sant'Angelo, which is also going to be one of the seven gates of the Perugia’s walls. Il Cassero looks like a fort, located inside the city walls, dating from the fourteenth century. This building was nothing more than a completion of the second wall and more than a door the Cassero was a sighting tower, from whose terrace, you can enjoy a charming view of the city and the surrounding area.

NOT EVERYONE KNOWS THAT >> Perugia is one of the 27 cities decorated with the Gold Medal as "the national Risorgimento Benemerite" for the patriotic actions of his citizens for the independence from the Papal States.

>> If you've decided to see Perugia and taste the local cuisine you should contact now the farm houses near it >> click this link.

The third stage of the guide "What to See in Perugia in two days":

In the old town there is another important building, which allowed the use of water to the entire population. The Etruscan Well or "Well Sorbello," due to the second half of the III century. C. and was designed as a tank to urban use. It can be accessed from Piazza Danti, using a covered walkway and a narrow courtyard which brings in the basement of Palazzo Sorbello. Even today you can see the marks of the ropes used for the drawing of the water.

Fourth stage of the guide "What to see in Perugia in two days":

Going around the city can be admired in their total beauty and good preservation the Etruscan walls that still embrace the Umbrian capital.

>> If you have decided to visit Perugia book now your TOUR OF TASTE OF WINE AND CHOCOLATE, an exciting guided tour in search of taste "FORBIDDEN" waiting for you! 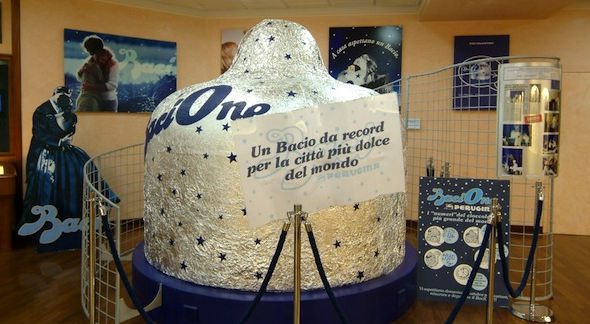