The Albornoz Fortress of Spoleto is an impressive fortress located on the hill of Saint Elia, the highest point of the city.

Built starting in 1359, it is part of the fortifications system wanted by Pope Innocenzo VI to restore the authority of the Papal State in the territories of central Italy, in view of the return of the papacy to Rome after its seventy years in Avignone.

The majestic building, visible before reaching Spoleto on the horizon, has been restored for years. Since 2007, the National Museum of Spoleto Duchy has been set up inside it. 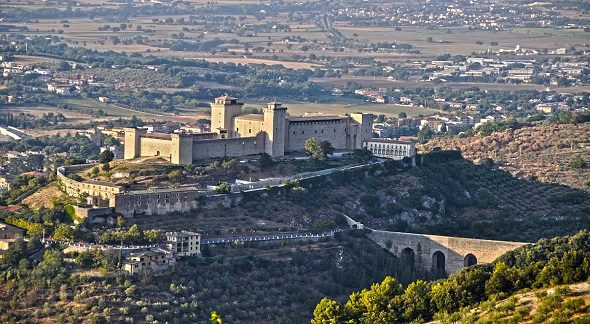 >> Do you want to visit the Rocca Albornoz fortress? Contact now the best farmhouse in Spoleto and discover their offers!

The Fortress and Spoleto: History

Construction works of the fortress finished in 1367. The Pope gave the task of coordinating the implementation of its project to the powerful Spanish Cardinal Egidio Albornoz - the fortress has his own name - with the direction of the architecte Matteo di Giovanello called "Il Gattaponte" from Gubbio.

The fortress became the residence of the governors of the city and it hosted many important and famous people of the past. In this period, it was enriched by decorations and frescoes, but many of them were lost because of the transformation in a prison. After a phase of declin, especially in 1764 when the governors moved in other residences inside the city and abandoned it, the fortress had had the first alterations of its original structure. In 1817 it became a prison, function it held until 1982. 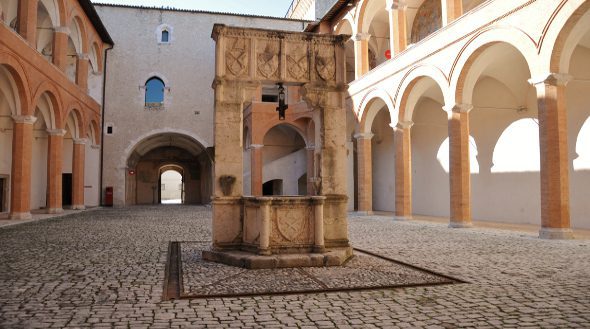 >> There are many offers for you! Look at the list of the best hotels in Spoleto!

Inside the Fortress Albornoz

Bordered by a high perimeter walls alternating with a system of six square towers, the Rocca Albornoz is the symbol of the city and it is divided into two distinct areas:

A connection element of the two courtyards is a decorated archway of the end of the '500 with frescoes depicting six cities belonging to the State of the Church.

The Hall of Honor is the wider environment of the Rock, and is intended to accommodate ceremonies and banquets.

The testimony most important painting is made up of two cycles of frescoes from the first half of the fifteenth century in the Camera Pinta, an ancient private study of the pope or of his vicar, located on the main floor of the Tower teacher. 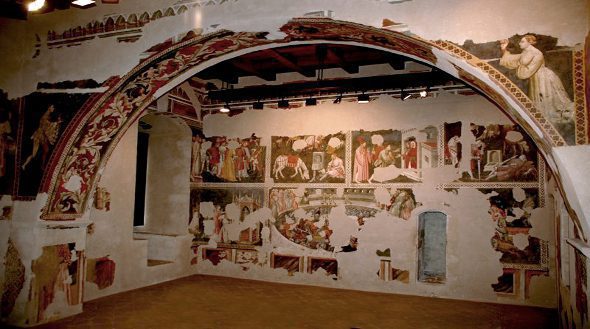 >> If you've decided to see Spoleto and to visit the Rocca Albornoz, you should contact now houses in its vicinity

The main entrance is in Campello Square. The fortress is open all days from Tuesday to Sunday, from 9:30 am to 6 pm (closed on Mondays). Last entrance about 45 minutes before the closing time.

With the ticket of entrance you will visit the Fortress and the National Museum of the Duchy of Spoleto.

The ticket costs € 7,50 (€ 3,75 for young between 18 and 25 years old). Free entrance for children and young under 17 years old. In addiction, free entrance for all the guests each first Sunday every month. 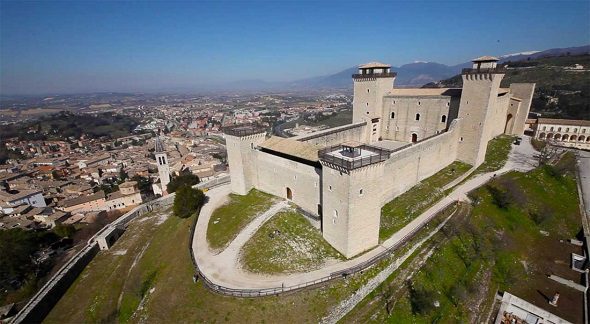